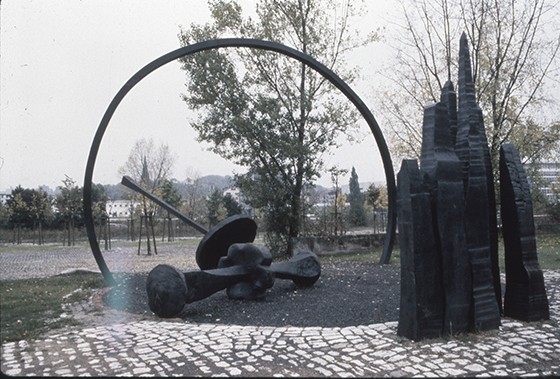 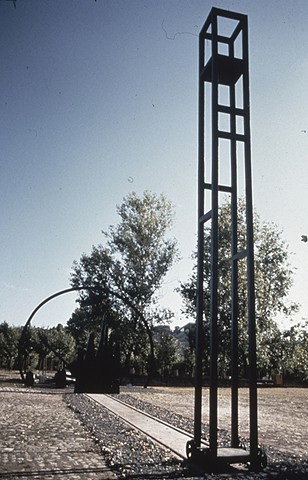 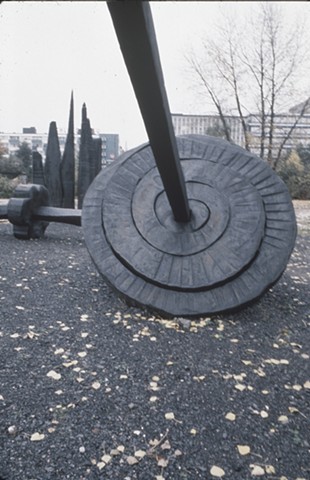 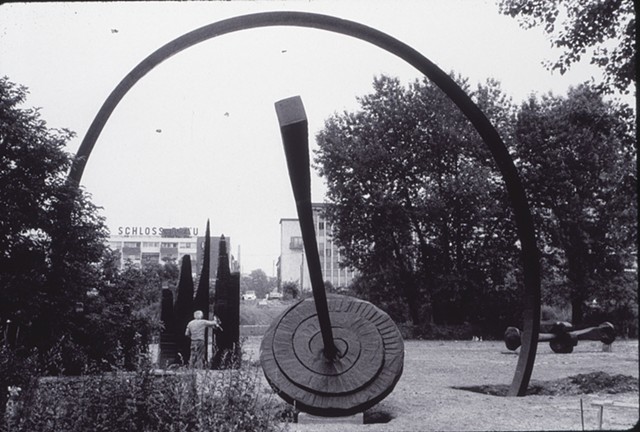 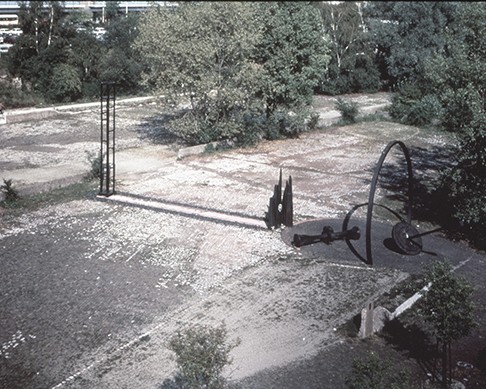 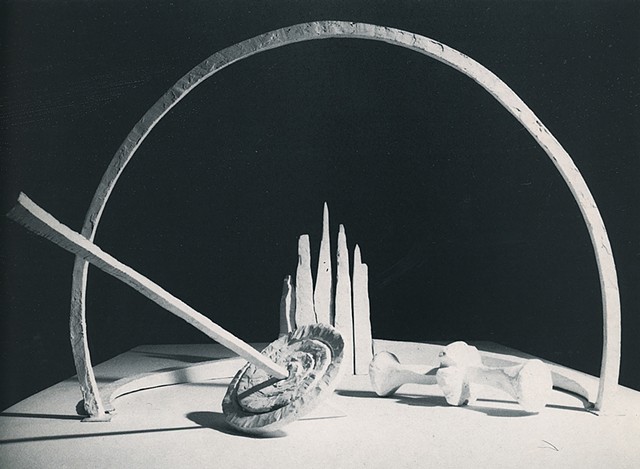 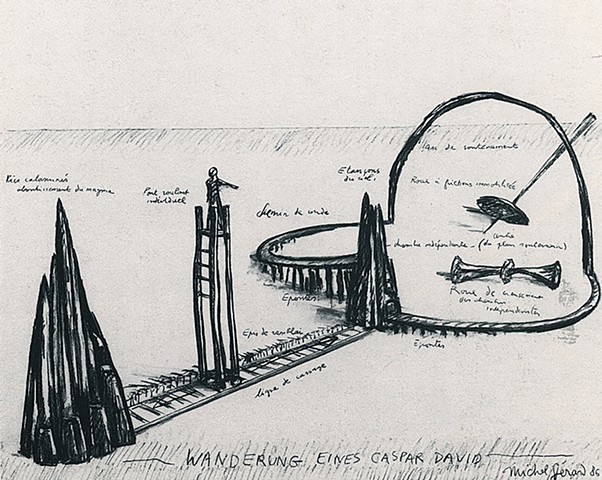 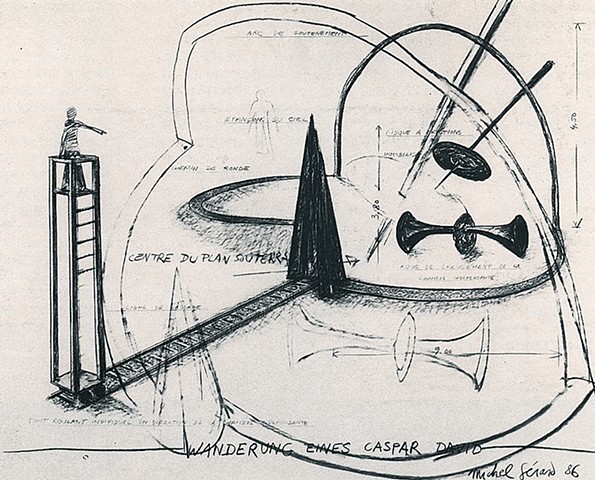 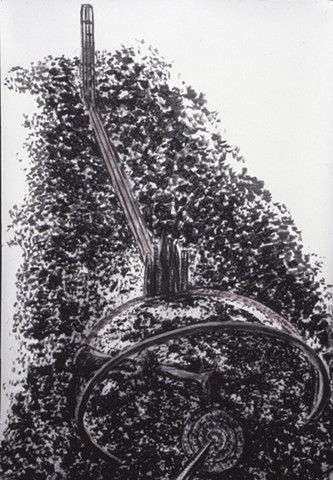 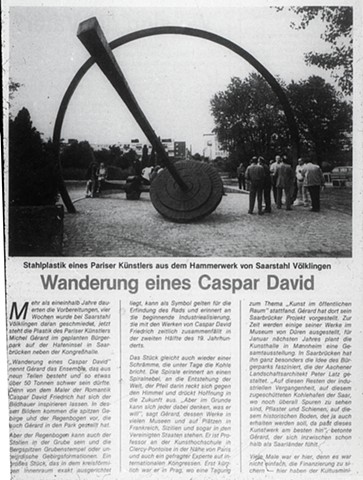 One of the most ambitious of Gérard's works in entitled Wanderung eines Caspar David, which Gérard constructed between 1985 and 1991 in Saarbruken, Germany. The site for this work was a former industrial complex that had served as a military industrial and mining center during the Second World War, until it was destroyed by American bombers. Eventually turned into a park and recreational center, it offered Gerard a rich array of associations. He chose to site his sculptural installation around various relics of the complex's past – stone staircases, crumbling retaining walls, interior cobblestones. His additions included a thirty-foot observation tower, an archway, and a friction disk and excavation wheel of the sort used in underground mining. These recalled the area's recent past. However, the title of this work, which refers to Caspar David Friedrich, one of the leaders of the German Romantic movement, brings to mind that movement's discomfort with modernity and progress. Part celebration, part critique, this work presents a monument to the ambiguous meanings attached to the site's industrial past and the kind of world its history presupposes.