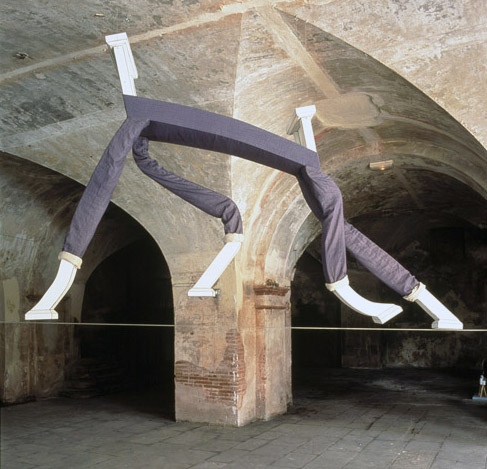 Michel Gerard, one of the leading French artists, was born in Paris in 1938.

He studied in Ecole Nationale des Arts Appliques and Ecole Superieure des Beaux-Arts in Paris. He began exhibiting his sculpture and drawings in the early 1970s and then his work started to enter private and public collections. He experimented with the meaning of public art and the "status of statue" and later, in the 1980s, he created several large-scale public art projects in forged steel on the decline of industrial era. He moved to New York in 1989, and the city provided new resources and materials for his work. In the last ten years he worked with memories of his childhood in occupied Paris during the Second World War making multi-media installations. He had more than fifty solo exhibitions in the galleries and museums in Europe, the United States, Japan, Korea, and Israel.