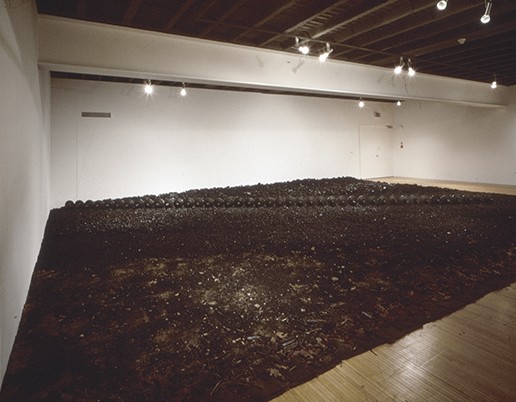 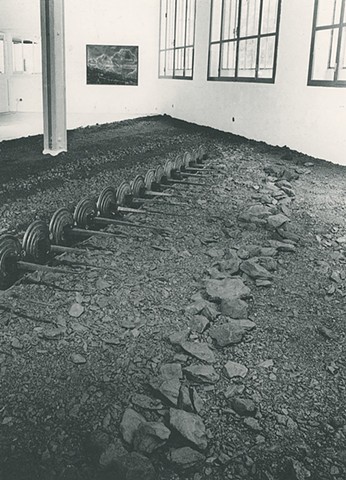 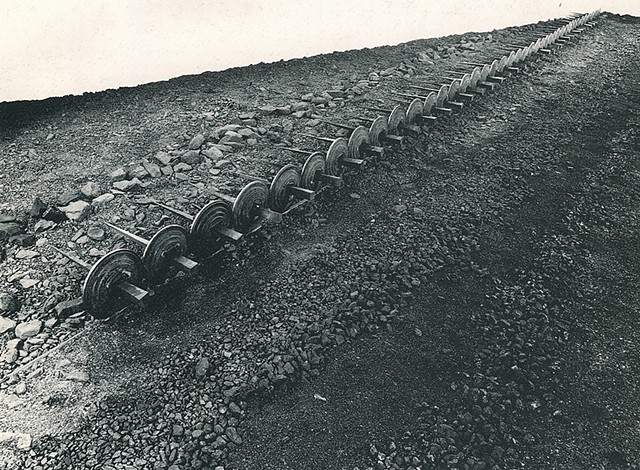 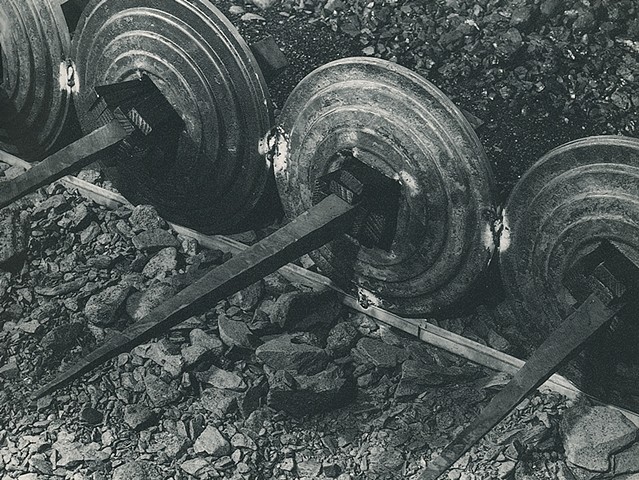 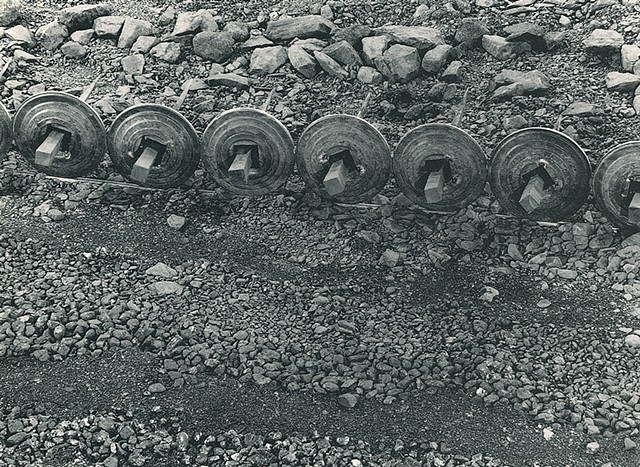 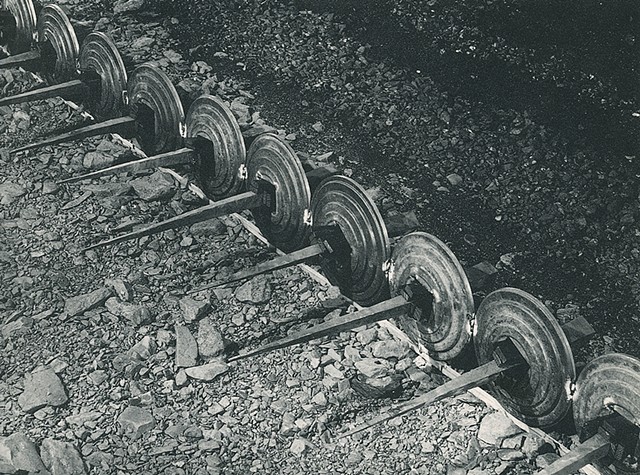 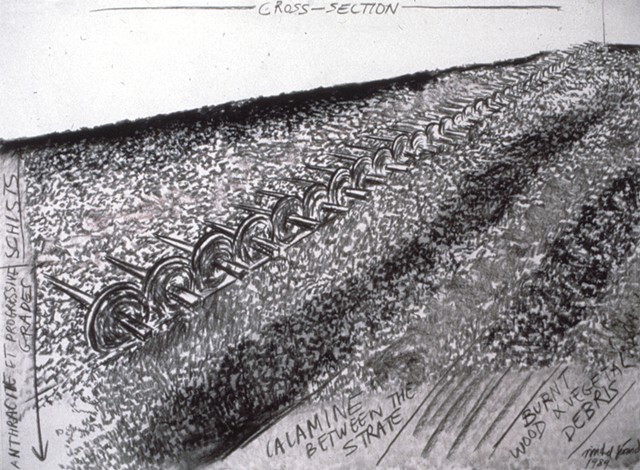 A vertical cross section of strata taken from a coal mine has been recreated on the floor. It displays the transition of materials in geological time from petrified forest to coal to minerals. A chain of four forged iron disks stretches across the installation diagonally suggesting a man-made industrial intervention.

"French critic Pierre Restany has said Gerard's work is 'a postmodern archeology of industry. Gerard has painstakingly extracted a buried reality from the mine shafts of the earth.'" — from D. Miller's article for the Pittsburgh Post-Gazette

"Gerard's work, which takes as its main expressive medium anthracite coal, is thoughtful and resonant. What he created for the CMU gallery is dark and brooding and beautiful. In Cross Section, an installation that occupies a major part of the gallery space, Gerard spreads out various gradations of coal on a bed of burlap. Along the edge of this sooty blanket, pushed up against the pristine white walls of the gallery, Gerard weaves in subtle drifts of leaves." — from B. Homisak's article for the Tribune-Review