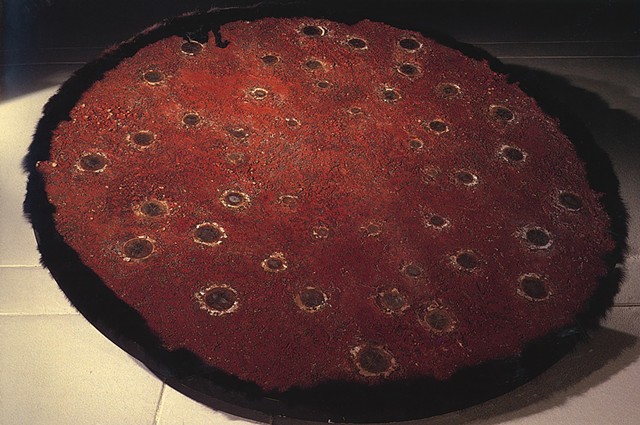 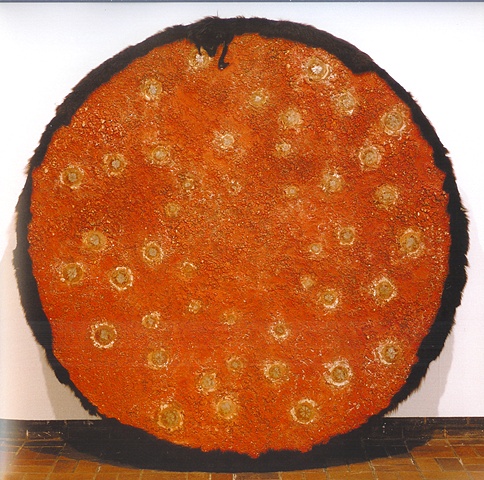 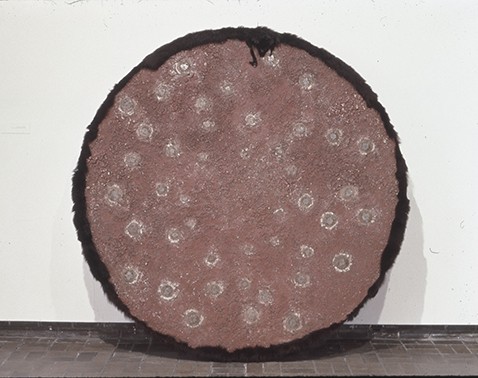 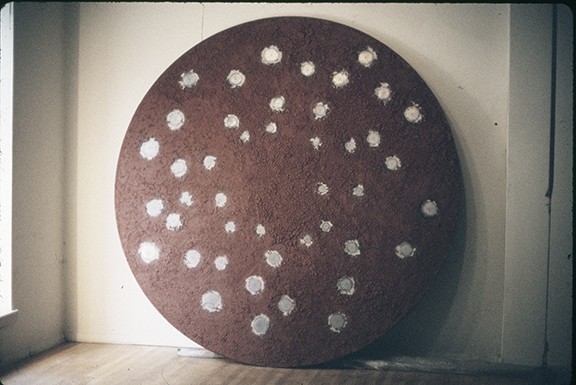 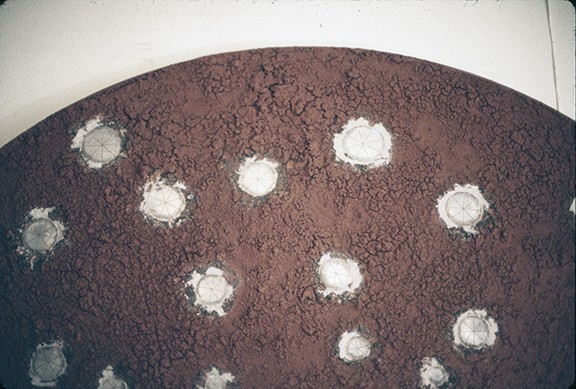 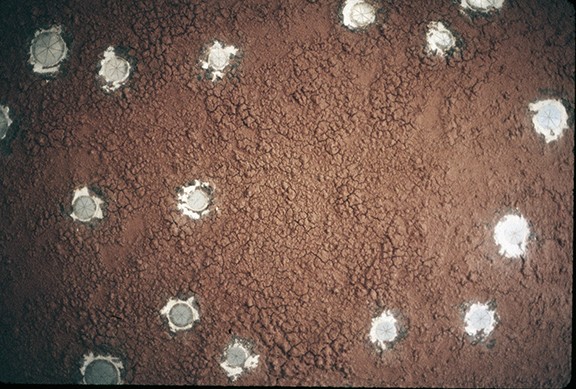 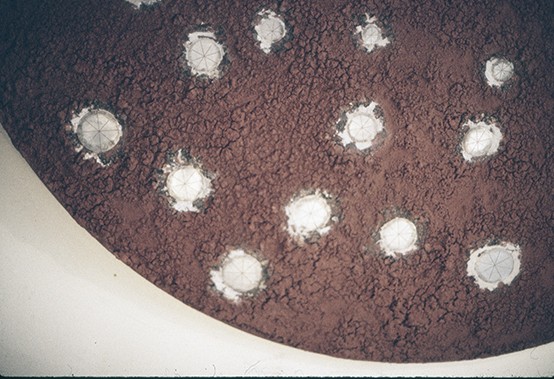 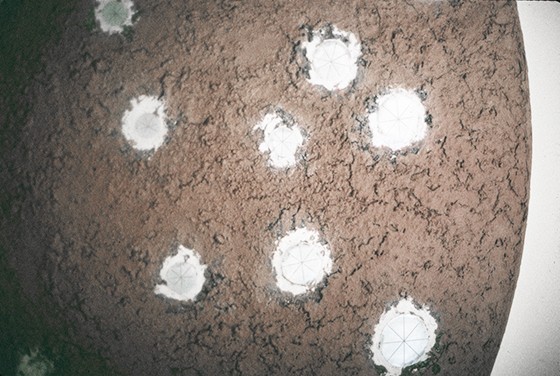 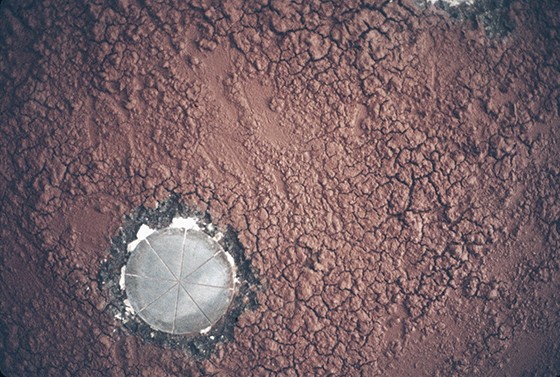 Persian Rug was inspired by news accounts of the disastrous ecological consequences of the oil fires that burned for weeks at the conclusion of the 1990 Gulf War. In this work, the rich red patterns of a traditional Persian rug are suggested by the cracked red earth and clay, which have been embedded with circles of metal intended to evoke drilled oil wells. A halo of black fox fur recalls the destruction of animal life in the desert at the time of ecological catastrophe.

Collection of the artist