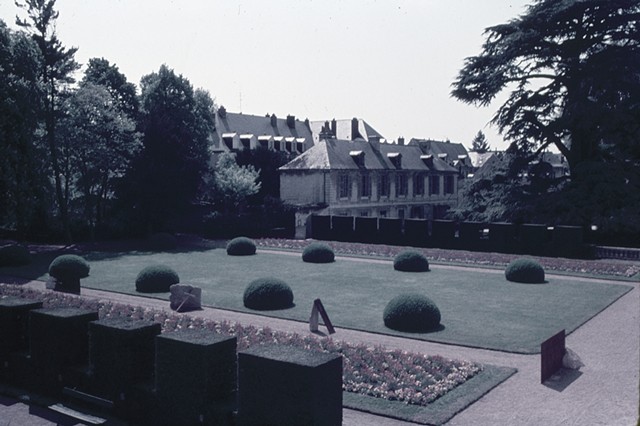 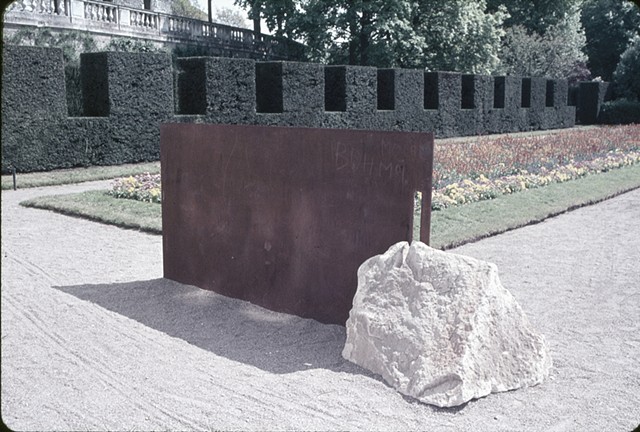 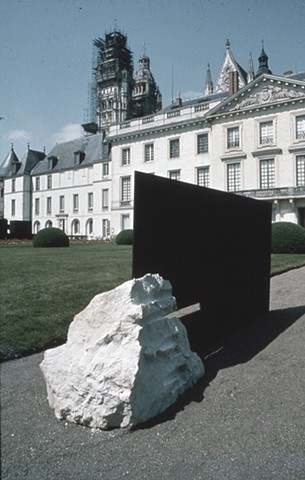 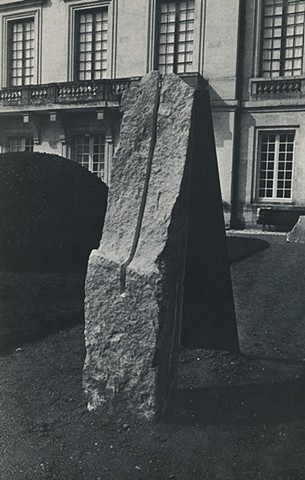 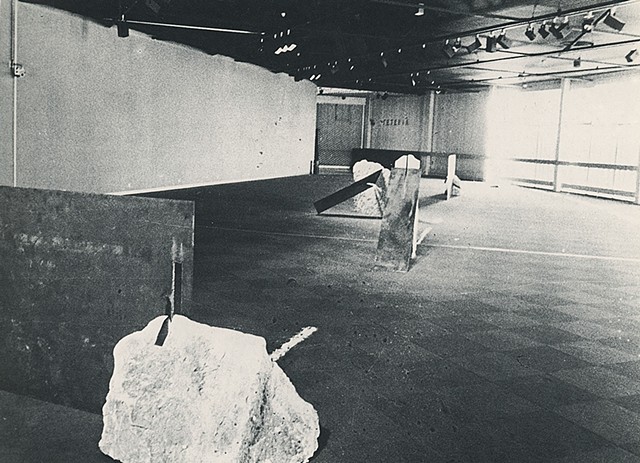 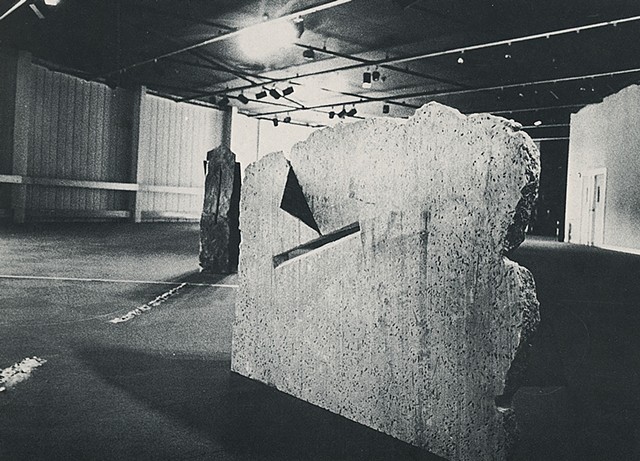 Sud-Nord is composed of four large blocks of stone penetrated by thick sheets of corten steel. The positioning of these four elements varies according to the site of the installation. Gérard found the stone blocks in a quarry near Dijon, where they had been used for some time to prop up other pieces of stone for cutting — they were mottled and stained with streaks of red rust. Gérard cut slits through each of the stones and steel blocks and oriented them so that the four slits cast shadows aligned with south and north ordinates, when the sun is at its zenith. The line of the shadows points toward the Pole Star — the fixed point around which our galaxy turns.