Material experimentation > In Between Memories 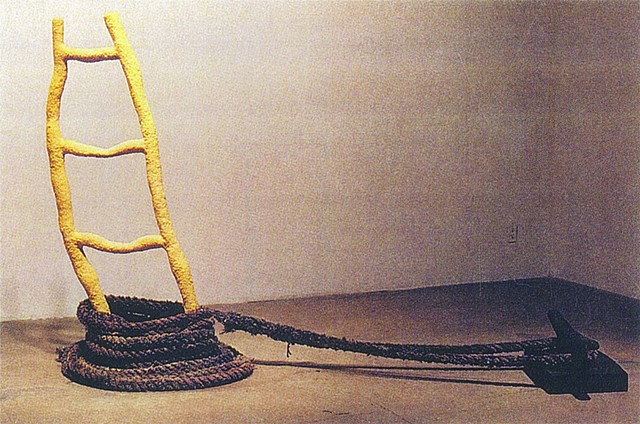 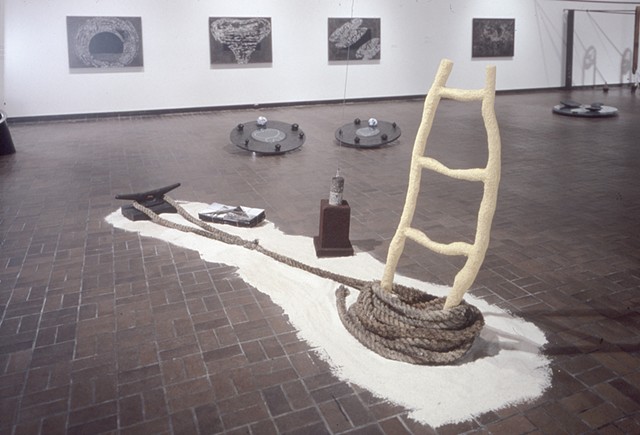 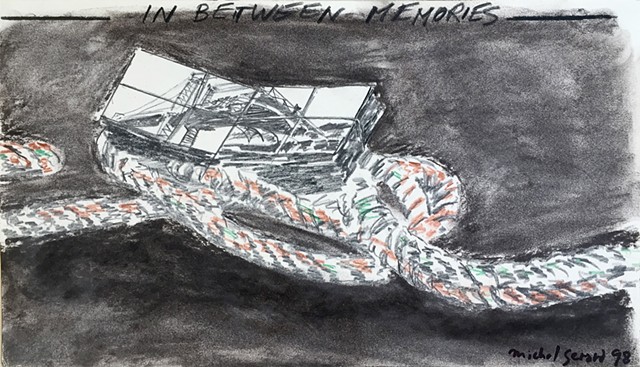 In Between Memories, sketch
charcoal and pastel on paper

In Between Memories blends the personal and the political. Here, Gérard meditates both on his own sense of displacement and on the waves of exile and resettlement that were the legacy of the colonial era. He presents a freestanding ladder made of couscous, the stable food of East and North Africa, which has become common in France thanks to colonial migrations. The ladder is attached to a mooring rope and accompanied by photographs showing a bridge, half of which represents the Manhattan Bridge and half the Pont de arts in Paris, thus referring to Gérard's own personal migration to America.