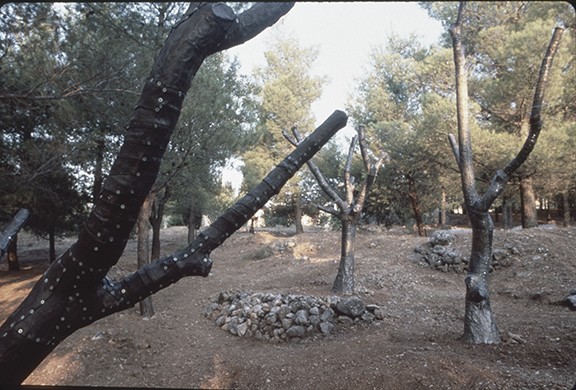 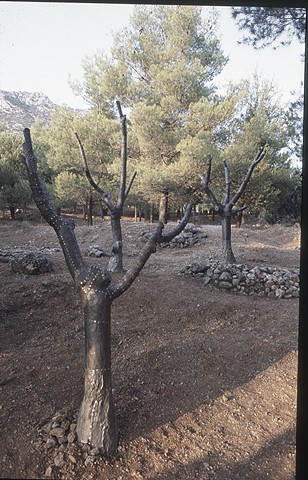 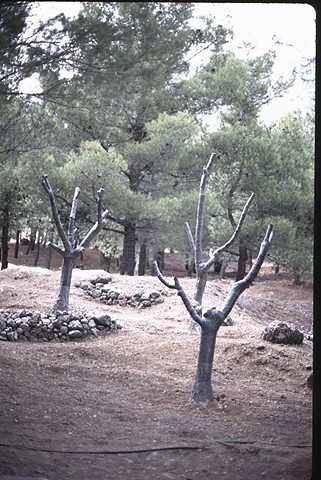 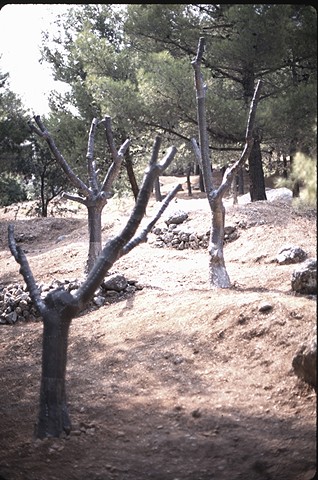 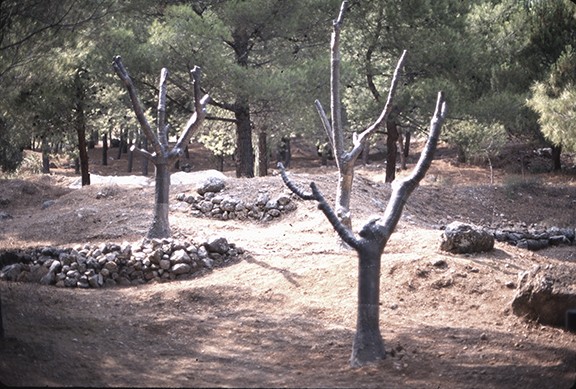 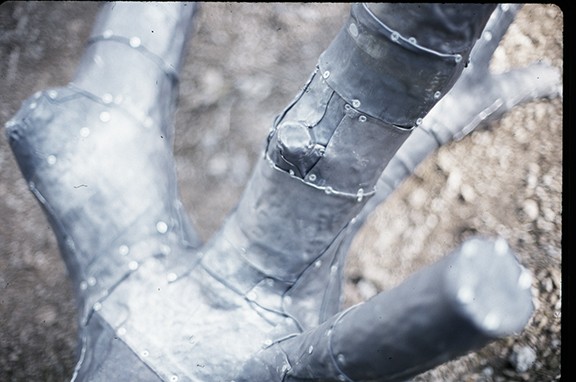 Sarajevo... Sarajevo... Sarajevo..., realized in Delphi, Greece, was not far from the former Yugoslavia. I took three dry trees that had been cut on site and put them, as if replanting, in concrete bases. I wrapped these trees with ribbons made of lead, so that they looked like a minority among the other trees in the sculpture park. Each concrete base held a tape recorder that turned on when it detected a viewer approaching the tree. Breathing hard, as if in agony, the trees repeated the words "Sarajevo... Sarajevo... Sarajevo..." Marina's voice was recorded, and these "talking trees" echoed the myth about the pythia in Delphi and uttered oracles near a bronze tree. The site-specificity of this project dealt with the myths of Delphi, of both the archaic background of the Greek landscape and the tragedy of the current war of Sarajevo.