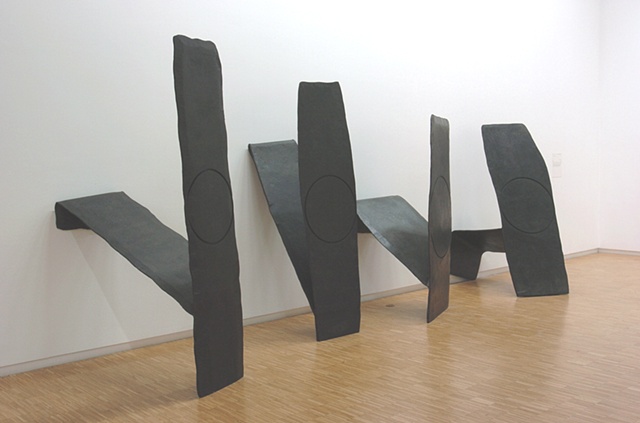 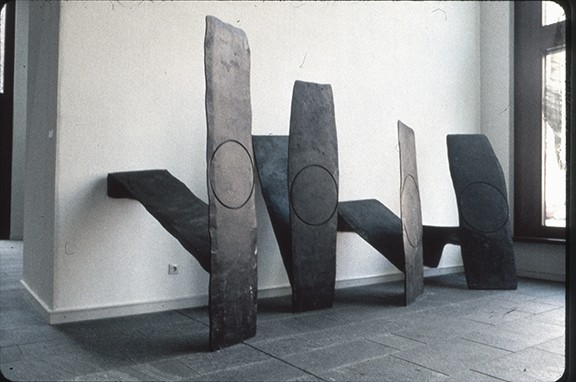 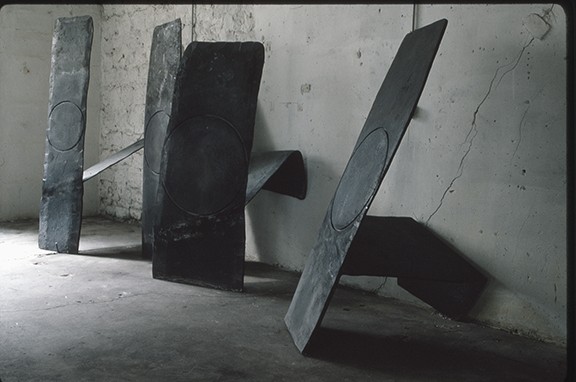 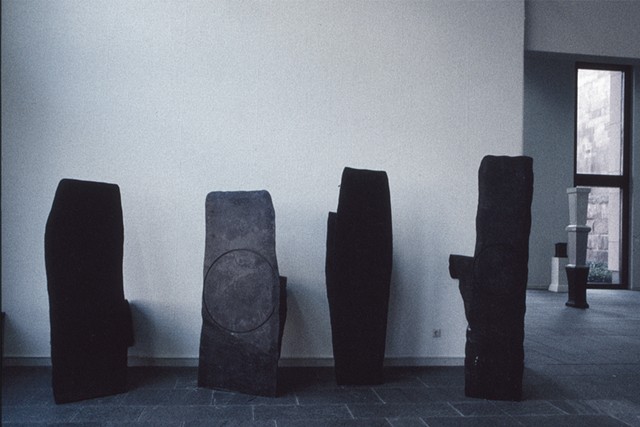 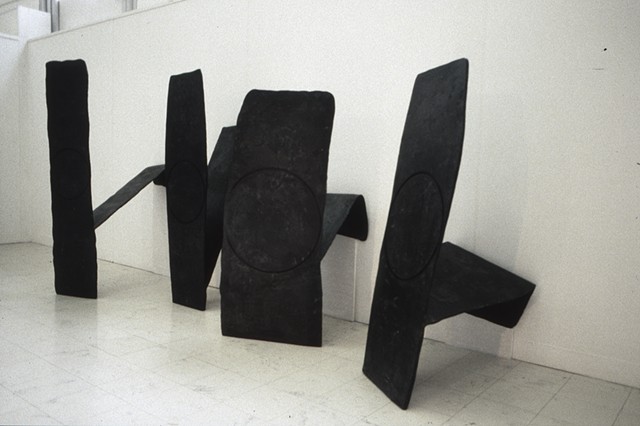 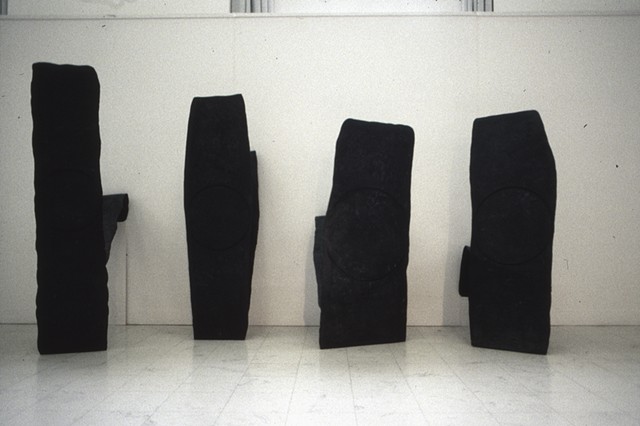 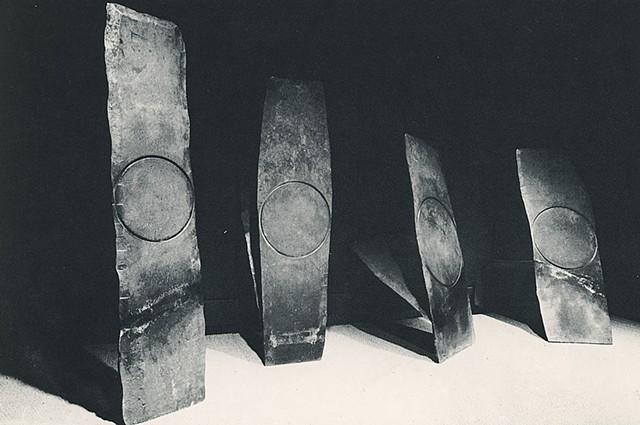 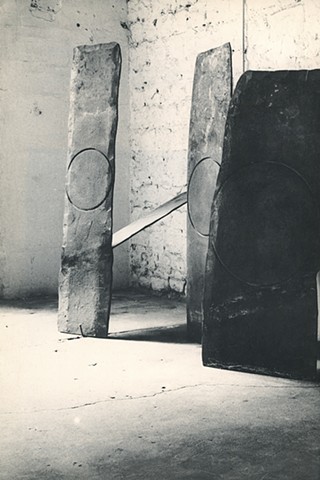 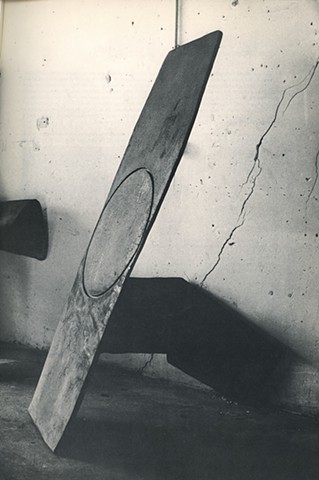 Four plates of steel placed vertically, but leaning slightly, are supported against the wainscoting by a separate, thinner, piece of metal which is arranged diagonally and is roughly curved. Every piece is marked with a large inscribed circle, as if the perfection of the marking were designed to conflict with the irregular treatment of the metallic surface. These pieces have an austere, hieratic quality which is somewhat undermined by a feeling of instability; they give the impression of being suspended. The laws that govern their grouping are of a purely fantastic nature. The pieces have both a religious pomposity and an irony to them. — G.G. Lemaire for Artforum