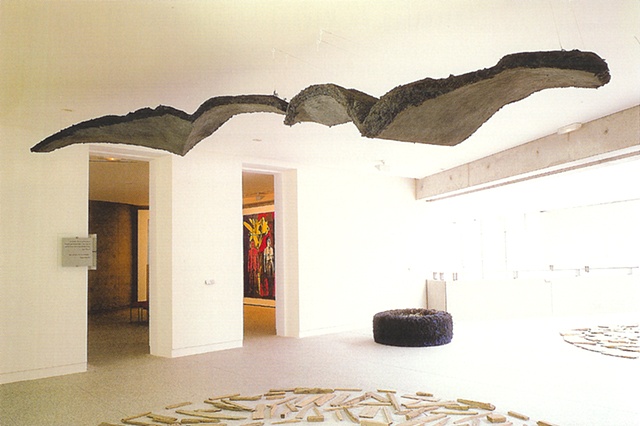 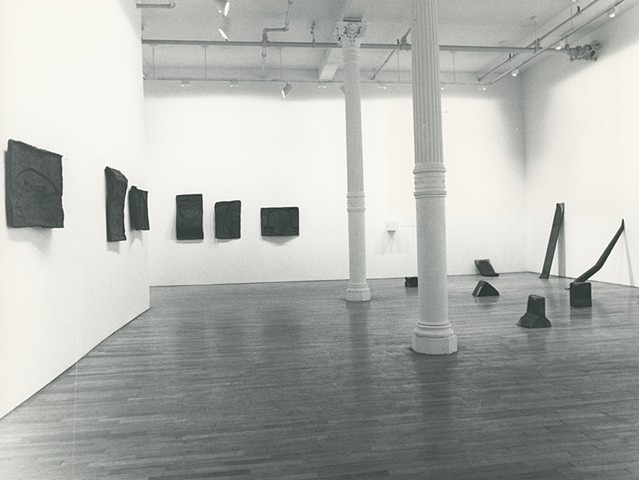 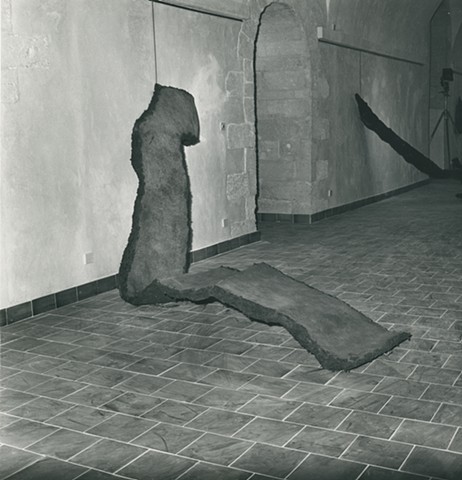 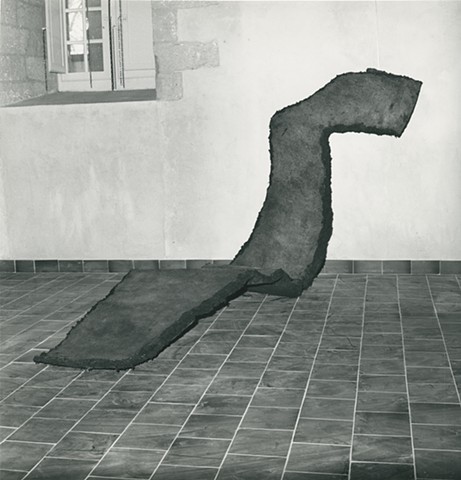 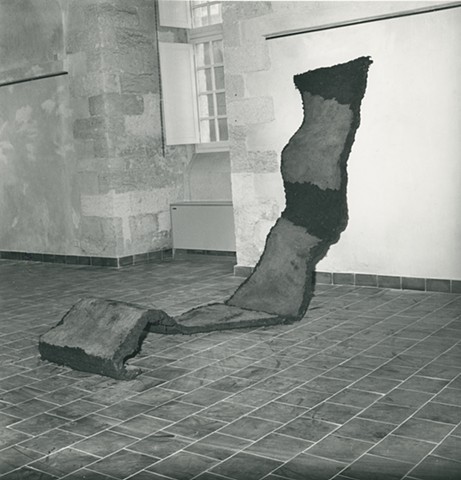 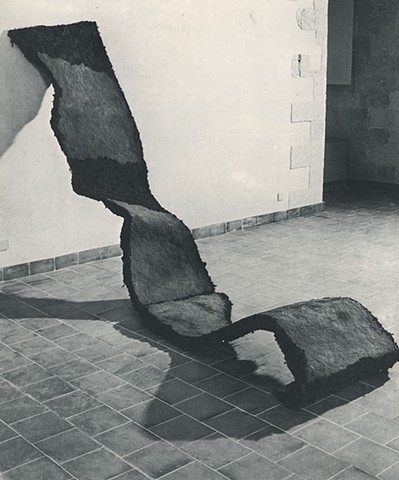 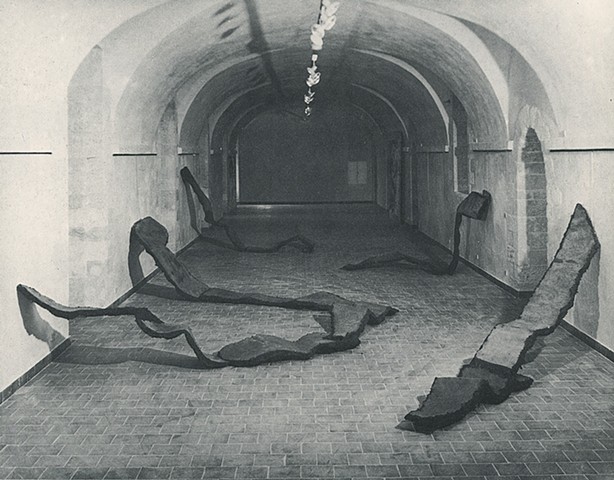 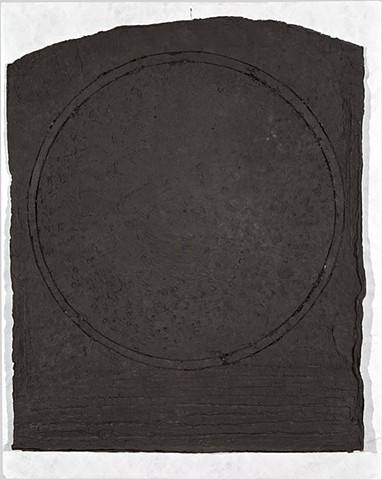 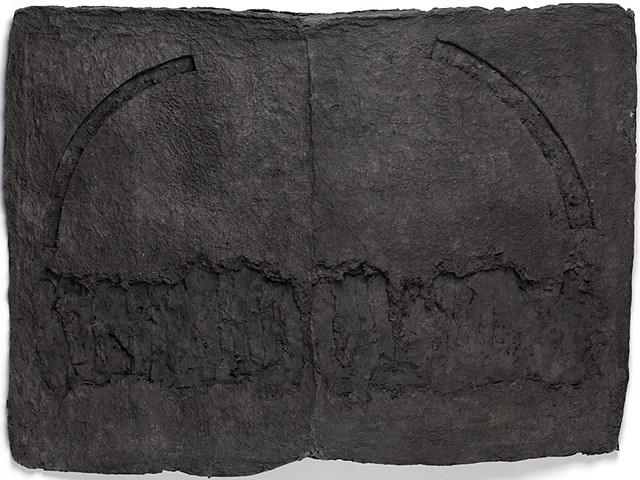 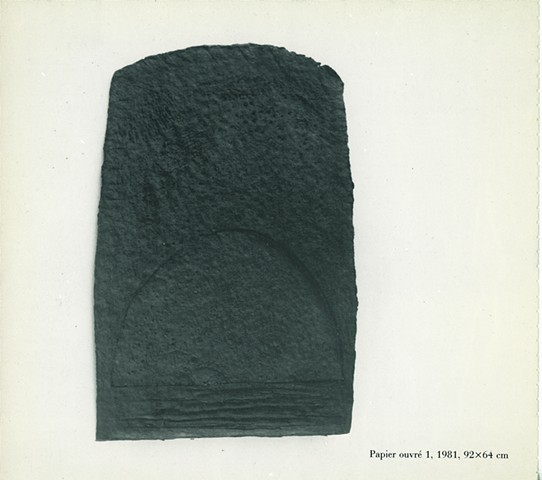 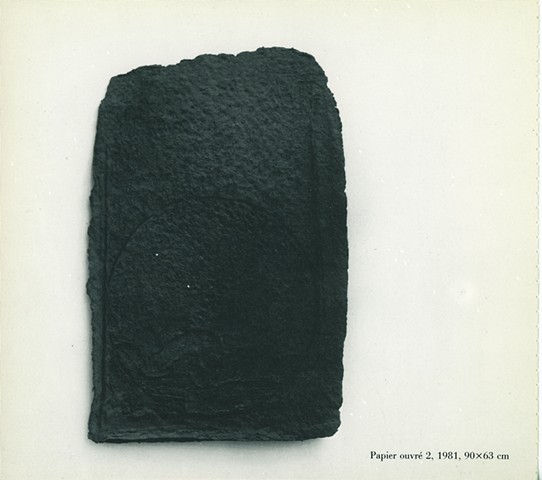 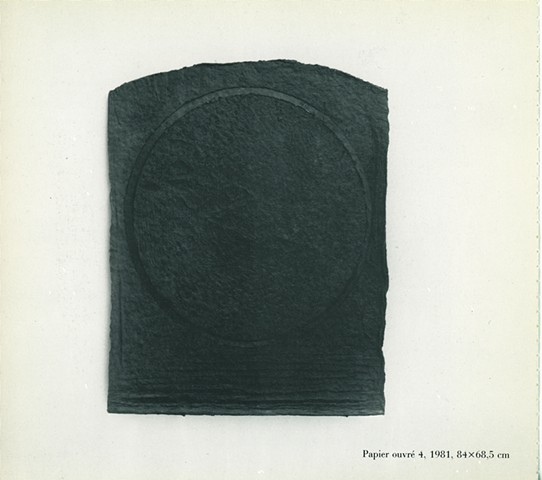 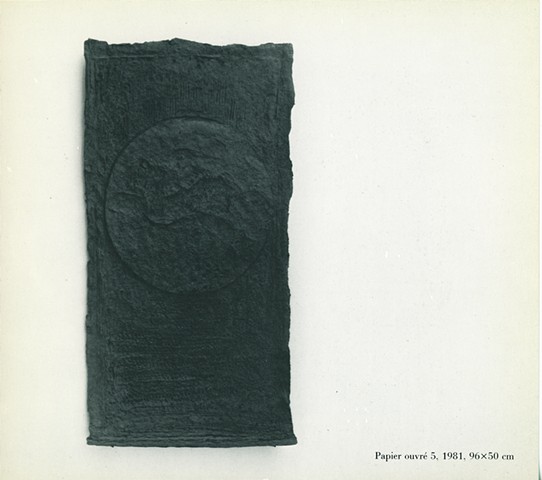 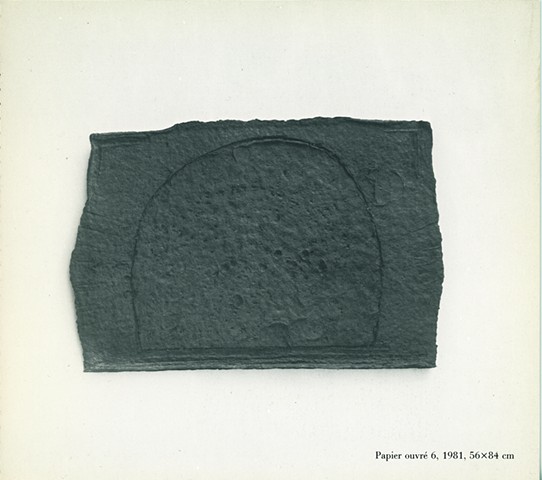 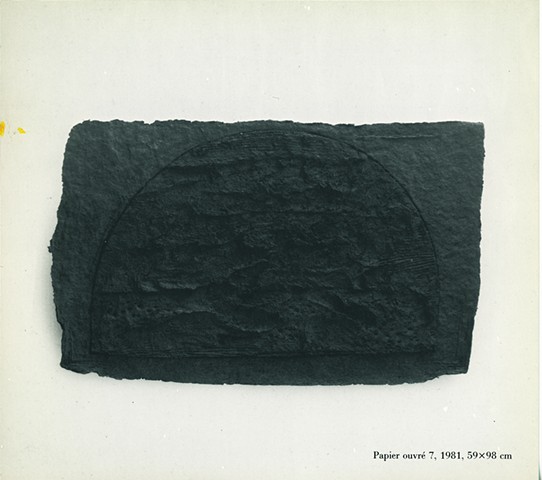 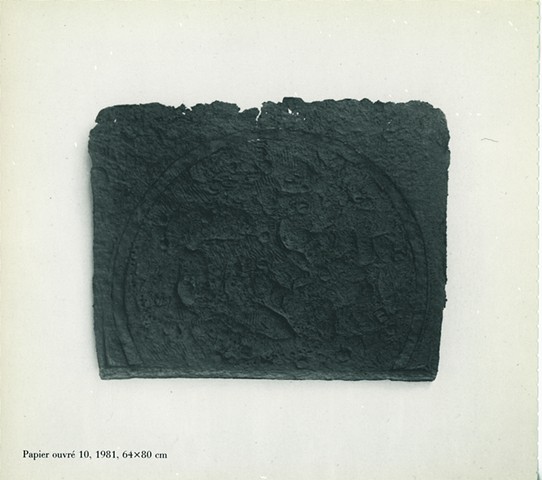 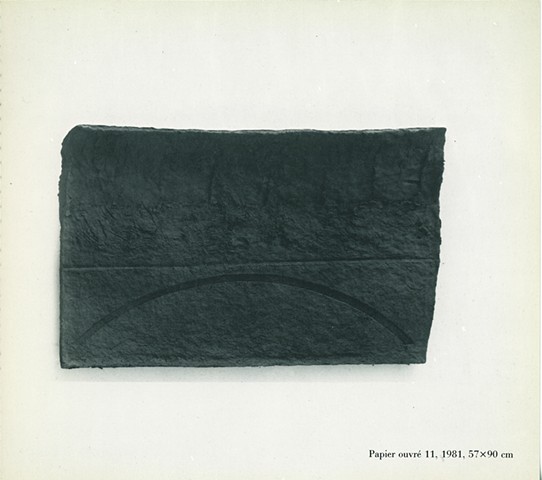 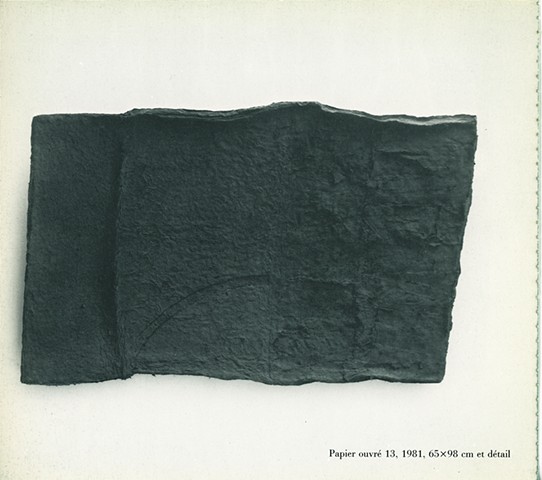 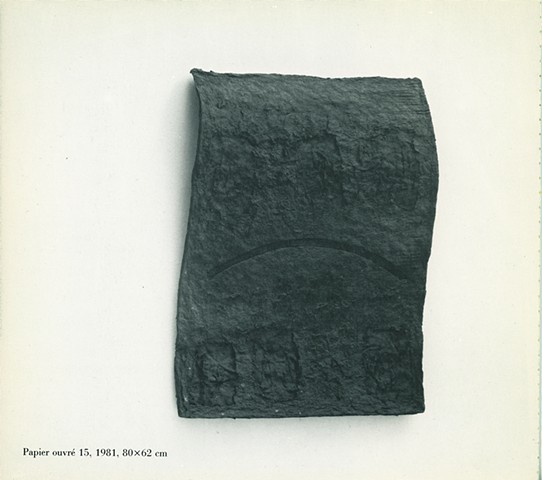 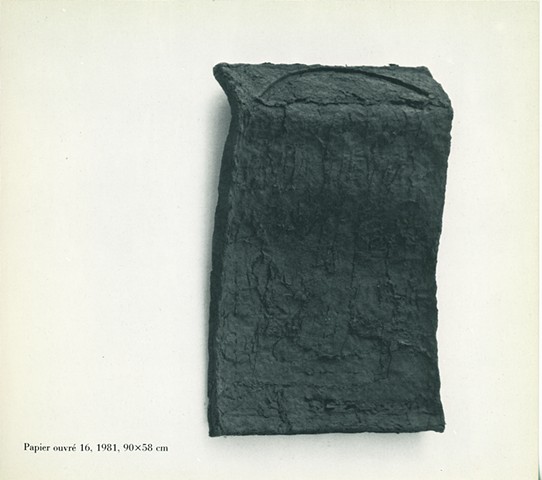 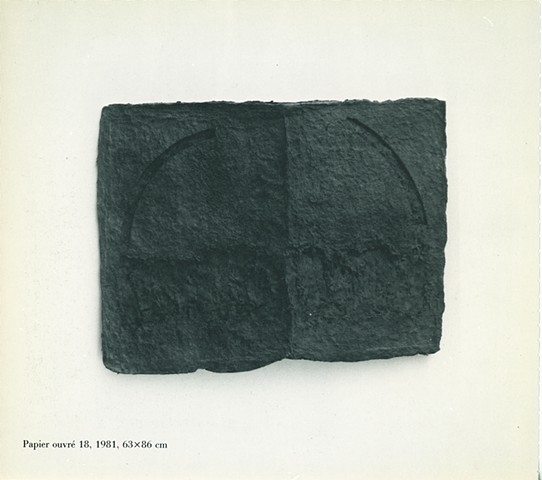 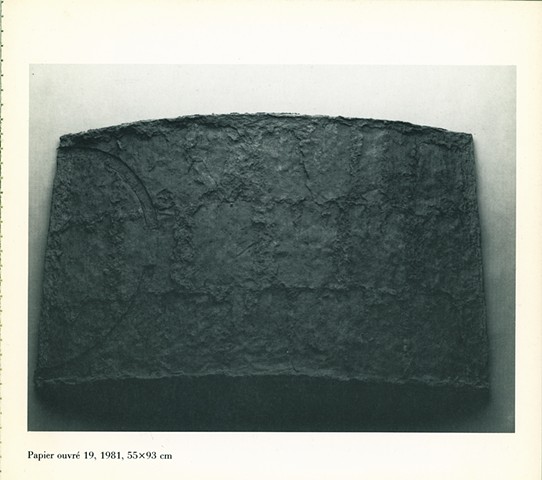 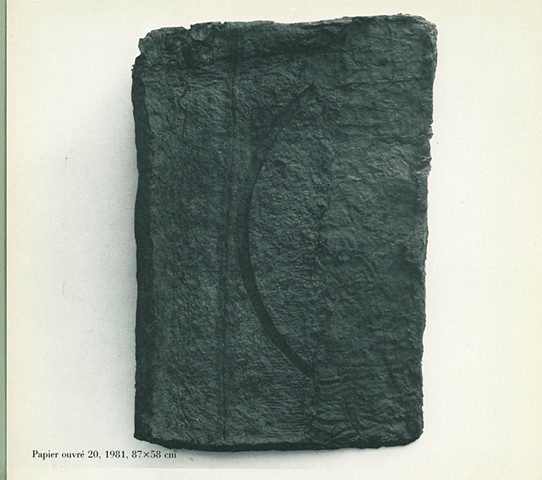 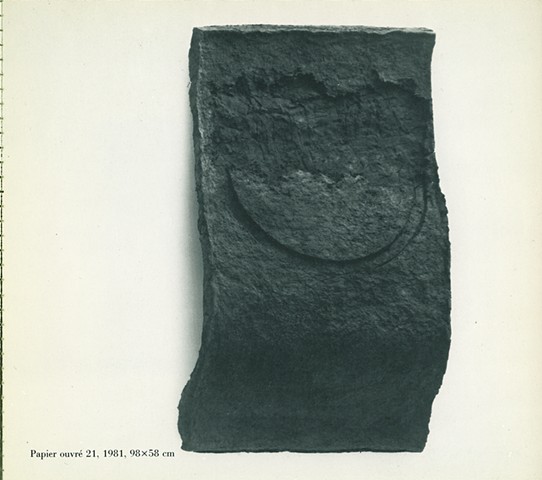 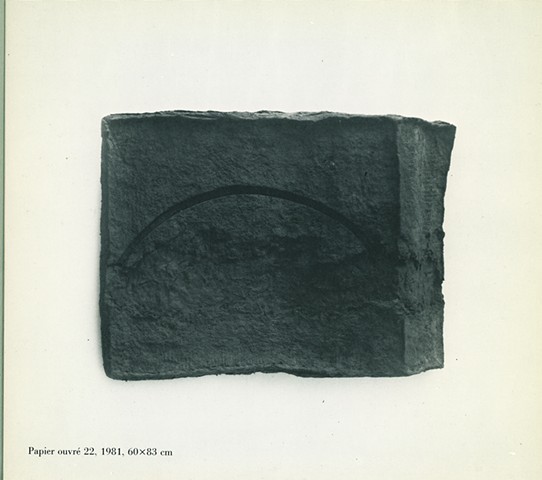 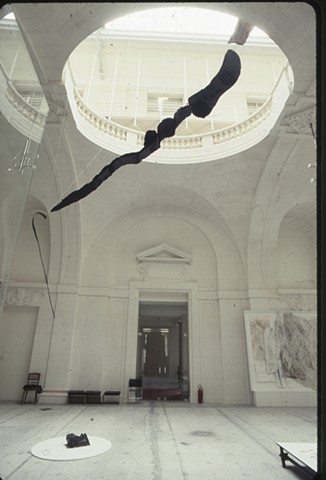 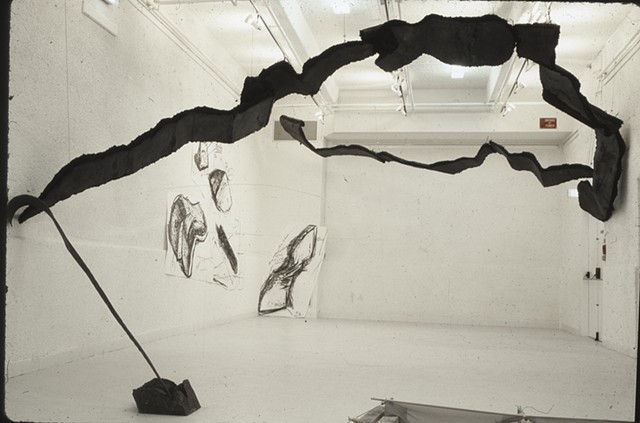 The series Papiers ouvrés or Wrought Papers are made with a pulp of rags pulverized in a vat and dyed with iron oxide. They aim to produce an ambiguity in the perception of weight. These thick sheets of paper can be hung on the wall, leaned against it, set on the ground or on slabs in an empty space. Positioning them in space is an integral part of creating the sculpture. — Michel Gérard

"The Papiers ouvres become sculptural murals and produce an ambiguous effect. Their light weight is annulled by the intensity of their coloring, which is close to that of works that have actually been sculpted. Without being in the least bit a translation, an interpretation, or an extrapolation of the ideas in the other pieces, they are a fitting complement nonetheless.” — G.G. Lemaire for Artforum