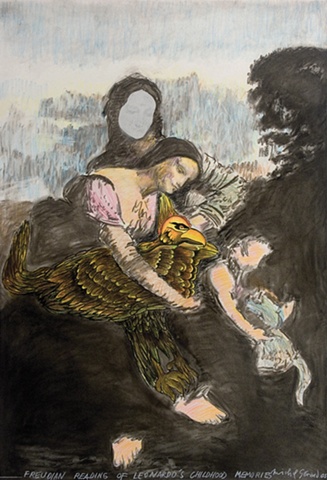 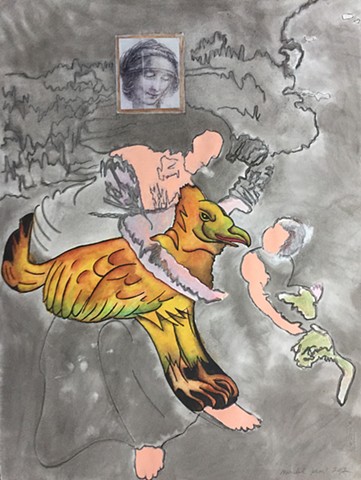 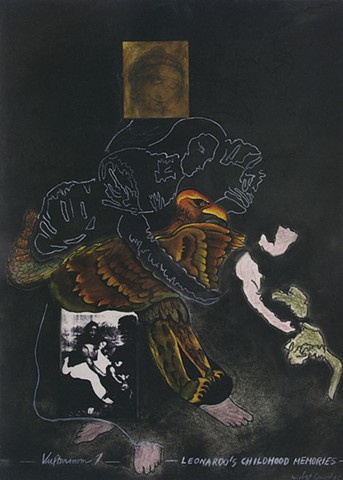 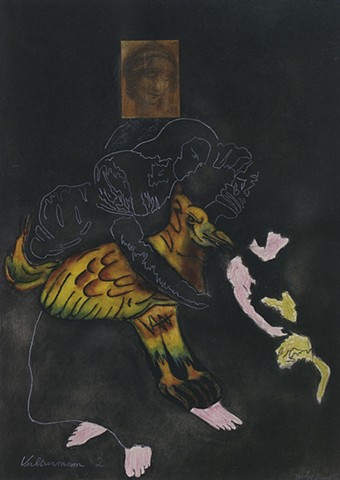 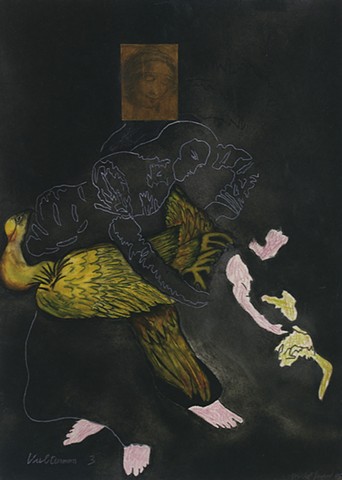 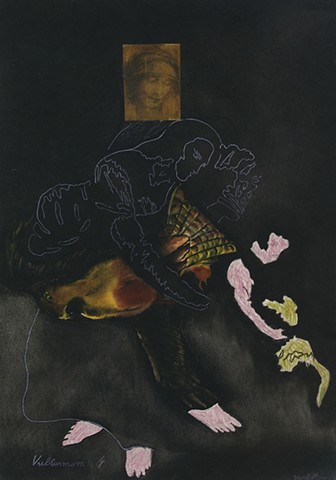 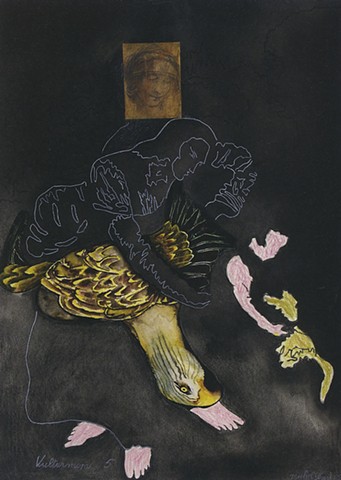 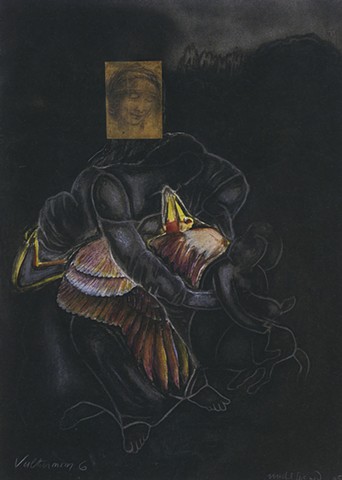 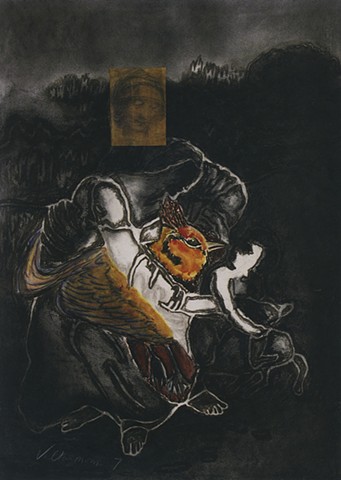 Refiguring the image of Leonardo da Vinci's The Virgin and Child with Saint Anne from 1510 in the context of Sigmund Freud's psychoanalytic essay "A Childhood Memory of Leonardo da Vinci" (1910), these works by Michel Gérard invoke da Vinci's repressed—and perhaps invented—childhood memory involving a vulture landing on his crib, by finding the bird's image in the dresses of the Christ child's two mothers.

"In more than one way, this [the Vulturmom series] reminds us of the card games of the surrealists, who also took pleasure in plunging into an unconscious revealing buried fantasies. A large number of contemporary artists have appropriated images of Leonardo to reconstruct them in their work and Warhol, with his numerous Mona Lisa and his monumental suite after The Last Supper is undoubtedly the best known of them." – Marc Scheps, “Michel Gérard: In Search of Childhood Memories," L'enfance de l'art